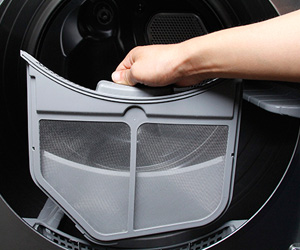 Lint build up and solutions

Did you know that an improperly maintained dryer could cause a fire? Lint build up in the dryer and its exhaust duct can cause many problems. It can block the flow of air, preventing your clothes from drying properly. It can create excessive heat build up. It can even result in a fire in some models of dryers.

When selecting a dryer boster fan, you will find that there are several options available. The main criterias to look at is airflow performance, reliability and cost. There are several dryer booster products out in the marketplace which are very cost efficient and have great quality. Their system is straight forward easy and reliable.

In-line centrifugal exhaust fan are engineered to provide effective and reliable operation making it perfect for general purpose inline ventilation. Low profile construction for ease of installation in confined spaces and built with a well balanced air over motor impeller assembly, and a backward inclined wheel for smooth quiet operation makes such fans good in efficiency.

Transfer fan is designed to transfer air from one room to another. It is ideal for transferring hot air in the winter and cool air in the summer or even stale humid air in unventilated locations without sufficient air circulations.

The in-line lint trap is not intended for use without a dryer booster fan, unless the application is approved by the dryer manufacturer and/or the local building inspector. It is for drywall installation and can be mounted in a ceiling or wall.

Call us for lint filter installation in Kitchener, Waterloo, Cambridge and Guelph.